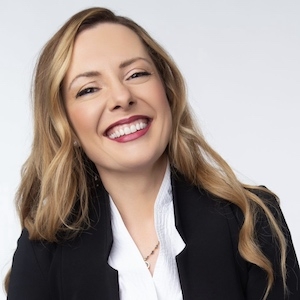 Vikki Tobak (pictured) is a journalist specializing in hip-hop. Her second book on the subject, Ice Cold: A Hip-Hop Jewelry History, will be released in October by Taschen Books. Packed with photos, the 388-page coffee-table book has a foreword by Slick Rick and essays by A$AP Ferg, LL Cool J, as well as Kevin “Coach K” Lee and Pierre “P” Thomas, the cofounders of Quality Control Music.

Here, she talks about why the hip-hop community embraced jewelry, what influence it’s had, and whether the interest will endure.

I’ve been writing about hip-hop for a long time. My last book was called Contact High: A Visual History of Hip-Hop, which was a celebration of visuals and the photographers of hip-hop. Doing that book, I really zeroed in on a lot of details on what was in the photos. When you’re looking at hip-hop, you understand that what people wear and put on their bodies is equal part of the culture as is the music. Back in the day, when I used to work at a hip-hop record label and was around hip-hop and the club culture of early-’90s New York, everyone knew that jewelry was a big part of the culture.

So when I was doing my last book and started looking at the details, I was noticing the sneakers and the Dapper Dan jackets and all those details. But the jewelry really started to stick out, because it is such a form of communication in hip-hop and something that people have for a long time used to declare their identity and declared allegiance to different crews and things. I got really interested in it. From there, I started going down the rabbit hole.

Why did it become a big part of hip-hop culture?

Hip-hop culture is very much rooted in Black culture. It has a tradition of showing up and showing out. The street is the runway, and the declaration that you’ve “made it” is expressed in what you put on your body. And what other what better way to express that than through jewelry? Any time there’s money or greatness involved from time immemorial—you look at kings and queens and so on—there’s been the tradition of ornamenting yourself as a declaration of making it.

The other part of the reason is hip-hop culture has a great tradition of remixing and customization. You want something that nobody else had. You wanted to be really unique. You wanted to be known for it, and, just like with the music, you remixed elements of culture and made it your own, made it a new thing. Jewelry was similar.

So all these things came together to form this really beautiful industry. You had jewelers that came up the same time as hip-hop came up that really catered to that world and were willing to make those kinds of pieces and could really speak the language. You combine all that and it really became this subculture within a subculture. Even though hip-hop is now mainstream, it started as an underground culture.

Were a lot of the original hip-hop jewelers based in the Diamond District?

In New York, there were a couple of hot spots for jewelry. First of all, there was Canal Street, back when diamonds weren’t a big part of hip-hop jewelry, when it was mostly gold. Then there was Albee Square mall out of Brooklyn and the Colosseum mall in Queens. And there were local jewelers. In Queens, you had Benny the Jeweler, and you had a guy named Eddie Plein, who had a place called Eddie’s Gold Teeth, who made grills.

What people call the first hip-hop jeweler is a guy named Tito Caicedo, who was based in the Diamond District and a lot of the street economy went to him. He became known for making bigger pieces and a lot of people in hip-hop started coming to him. You hear his name in a lot of early lyrics. Biggie [Smalls] has raps about Tito.

As hip-hop started to get more money, the industry started turn into a real industry. Another jeweler in the Diamond District that folks started to gravitate toward was Jacob the Jeweler [now known as Jacob & Co.]. Biz Markie and Jay-Z and were the ones that started going to Jacob, because he started really speaking a different language than Tito’s. He started teaching his clientele about quality, about diamond grades, about GIA certification. Everything just started getting more sophisticated, and Jacob was there to step into that role.

It just corresponded with a moment where hip-hop budgets started to get really big, and the stars began to get hit records. When hip-hop really starts hitting its stride, there’s suddenly a lot more money to be spent on jewelry. Then he started getting clients like Pharrell and Kanye [West], who really took the hip-hop jewelry world even further by bringing in colored gemstones and enamel and getting really playful with the jewelry. They started really pushing the envelope.

How did the term bling become so big?

There’s sort of an urban legend that there was this Jamaican song that first said the word bling. But that was a small pressing. The first record that was a big hit that really put hip-hop into popular mainstream culture was the song “Bling Bling,” by B.G., featuring Big Tymers and Hot Boys under the Cash Money umbrella. Cash Money was a label out of New Orleans, and that’s where Lil Wayne came out of.

But now it’s a regular word. Every housewife in America says it. Katie Couric says it.

That happens a lot with hip-hop. They bring in really cool underground phrases and trends, and then they become mainstream.

Did the music’s fans embrace the jewelry the same way musicians did?

With hip-hop, there’s always this idea of aspiration. The same way people want to wear Jordans or certain Nikes, jewelry is definitely part of that. But the price points are definitely way out of reach for the everyday fans.

In terms of style, the link styles, the chunkier kind of chains, and the grills, you see that translated into the jewelry world. Tiffany’s latest HardWear Jewelry collection uses a lot of links. Even the hoop earrings. You see the long tail of hip-hop style in the jewelry world.

Even things like nameplates. They were very much a Black and brown community thing. Before that, they were part of Jewish culture, if you really want to trace it going all the way back. For a long time, gold nameplates were things you saw girls from the Bronx or Brooklyn wearing. Then, all of a sudden Carrie on Sex and the City wore it and it became known as the Carrie necklace. And now every girl in suburban America wears the nameplate necklace. So there’s a long tail to some of these trends. But I don’t think your regular kid is going to wear a big old diamond pendant around their neck to go to the high school dance.

Do you think that the hip-hop community will stay interested in jewelry?

Just like hip-hop continues to evolve, jewelry is evolving. There are more jewelers that are kind of new and a lot of them are Black jewelers, women jewelers—you’re seeing more diversity in the industry. People like Martine Ali, Johnny Nelson, or Bijules, they’re doing really exciting things with a hip-hop aesthetic. You see people like Tyler the Creator, A$AP Rocky, and Rihanna producing stuff that is really pushing the jewelry industry forward.

I don’t think it’s going anywhere soon. It’s going to evolve and change, but jewelry will definitely remain part of the culture.

In my last story on this, there was talk that the traditional jewelry industry hadn’t really paid attention to this market. Has that changed?

Yes. The most obvious example is Tiffany & Co. A few years ago, they named A$AP Ferg as their first hip-hop ambassador. They recently had a high-profile advertising campaign with Jay-Z and Beyoncé. The collection they just put out is full of bigger link styles. All that points to jewelers understanding hip-hop’s power.

Even Cartier. The Cartier Love Bracelet is very prominent throughout hip-hop. Watch brands have started being collected in hip-hop. Richard Mille collaborated with Pharrell on a watch a couple years ago. You’re definitely starting to see a lot more attention from the traditional luxury world toward hip-hop, both from a style perspective and how different artists and personalities can serve the brand.

Check our previous articles on similar topics by clicking here.