Clues about water in Earth’s deep interior were recently extracted from rare diamonds. 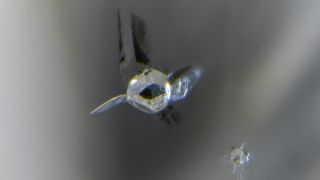 A rare type of diamond may suggest that water can penetrate deeper into Earth’s interior than scientists previously thought.

Though more than 70% of our planet is covered with water, there is also water in minerals more than 200 miles (322 kilometers) underground, including in the upper mantle, the semi malleable layer that the crust “floats” on top of. Scientists have long thought that as the upper mantle transitions into the hotter, denser lower mantle, minerals can hold far less water.

But in a new study, published Sept. 26 in the journal Nature Geoscience (opens in new tab), researchers found that a diamond contained inclusions, or tiny bits of other minerals, that can hold more water and seem to have existed on the boundary between the upper and lower mantle. The results suggest that there may be water deeper in the Earth than scientists thought, which could affect our understanding of the deep water cycle and plate tectonics.

The results were unexpected, said lead study author Tingting Gu, who’s currently a mineral physicist at Purdue University in Indiana but was a researcher at the Gemological Institute of America in New York City at the time of the study.

Gu and her colleagues examined type IaB diamonds, a rare type of diamond from the Karowe mine in Botswana that form deep underground and are often in the Earth for a long time. To study the diamond, they used “nondestructive” forms of analysis, including Raman micro-spectroscopy, which uses a laser to noninvasively reveal some of a material’s physical properties, and X-ray diffraction to look at the diamond’s internal structure without cutting it open.

Related: Giant blobs in Earth’s mantle may be driving a ‘diamond factory’ near our planet’s core

Inside the diamond’s inclusions, the researchers found a mineral called ringwoodite, which has the same chemical composition as olivine, the primary material of the upper mantle but forms under such intense temperature and pressure that, until 2008, scientists had only ever found it in a meteorite sample, Gu said. Ringwoodite is typically found in the transition zone between the upper and lower mantle, between around 255 and 410 miles (410 to 660 km) below Earth’s surface and can contain much more water than the minerals bridgmanite and ferropericlase, which are thought to dominate the lower mantle, the study authors noted.

But instead of minerals usually found in the transition zone, surrounding this ringwoodite were forms of minerals typical of the lower mantle. Because the encasing diamond preserved these minerals’ properties as they appeared in the deep Earth, the researchers could find the temperatures these the minerals endured and the pressures they were under; they estimated the minerals’ depth to be around 410 miles (660 km) below the surface, near the outer boundary of the transition zone. Analysis further revealed that the ringwoodite was likely in the process of breaking down into more typical lower mantle minerals in a hydrous, or water-saturated, environment, hinting that water might penetrate from the transition zone into the lower mantle. 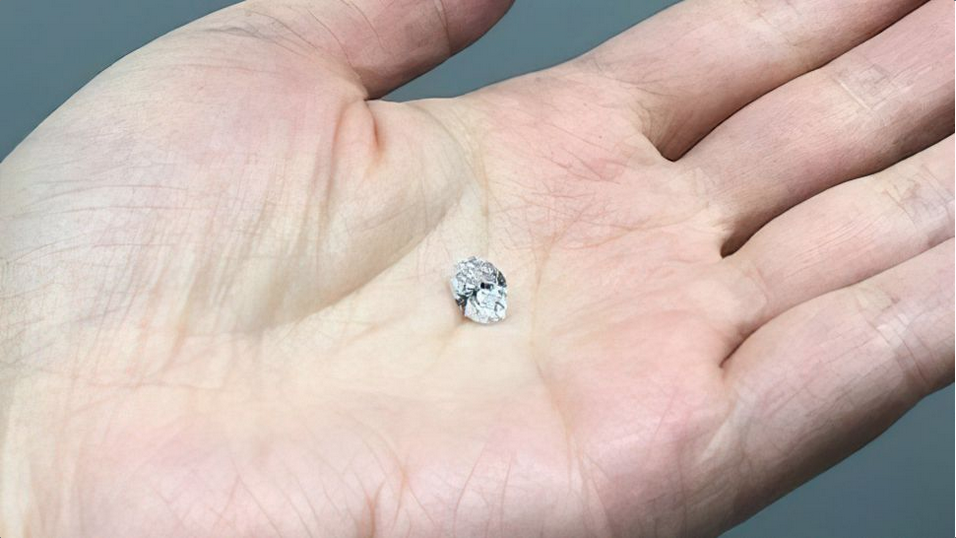 Inclusions in this 1.5 carat diamond held evidence of minerals that formed in the lower mantle. (Image credit: Tingting Gu )

Although previous research has found some forms of minerals from the lower mantle in diamond inclusions, the combination of materials in this inclusion is unique, the authors noted. It was also unclear from prior findings if these minerals hinted at the presence of water-containing minerals in the lower mantle, the study authors said. Because no one has directly sampled rock deeper than around 7 miles (11 km) beneath the planet’s surface, diamond inclusions are one of the few sources of minerals from Earth’s mantle.The results could have implications for understanding the deep water cycle, or the cycle of water between the planet’s surface and deep interior, Gu said.
RELATED STORIES

—Diamonds need an electric zap to crystallize deep inside Earth

“The timescale for the [water cycle] is actually much shorter if it can be stored at a deeper place,” Gu said, meaning it would take less time for water to renew itself if it were stored deep underground.

The findings also might affect models of plate tectonics. Gu said she hopes scientists will be able to incorporate this study’s findings into models of how water in the mantle might influence processes such as Earth’s internal convection current. This current powers plate tectonics by unevenly heating the Earth’s mantle, causing hotter parts to rise and shift the Earth’s plates over millions of years.

Although inclusions are sometimes seen as blemishes in diamonds that make them less desirable, Gu said, they can provide valuable scientific information.

“Don’t be afraid to buy a diamond with an inclusion,” she said — you never know what they might contain.

To learn about the diamonds we have in stock click here.