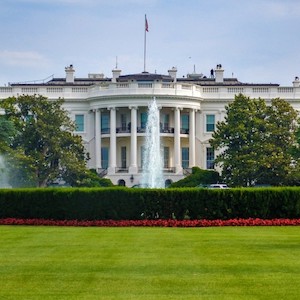 On Friday, March 11, 2022, President Joseph Biden issued an executive order banning imports of a wide range of Russian products, including what it called “nonindustrial diamonds.”

The measure is the latest the United States has taken in response to the country’s invasion of Ukraine.

“Obviously, we were all expecting this, and now it’s here,” says Tiffany Stevens, president and CEO of the Jewelers Vigilance Committee. “Many people have stopped dealing directly with Russia, but this prohibits any goods of Russian origin from being imported. This is a very strong stance and a clear message, and people should take it seriously. Down the road, we’ll be giving more detail about the nuances on how to conduct business in these new circumstances.”

Stevens says the question left open by the executive order is: What happens to goods that are imported from India or elsewhere, especially if they are sold without any trace of provenance?

In 2012, the U.S. Jewelry Council developed a tool called the Diamond Source Warranty Protocol for retailers and importers who wanted to take extra steps to avoid diamonds from Marange, Zimbabwe—which remain banned by both the U.S. Office of Foreign Assets Control (OFAC) and the U.S. Customs and Border Protection.

“Even if you are purchasing via another country, according to the language [of the executive order], you can’t purchase goods of Russian origin,” says Sara Yood, deputy general counsel of the Jewelers Vigilance Committee. “You need to ask your suppliers if their products are of Russian origin, and if so, you may not import them.”

Last week, the United States imposed limited sanctions on Alrosa as well as personal sanctions on its CEO, Sergey Ivanov Jr. However, it was still legal to purchase Russian gems and deal with Alrosa. This new executive order prevents that.

The order also prevents U.S. citizens from engaging in the “exportation, reexportation, sale, or supply, directly or indirectly, from the United States… of luxury goods” to Russia.

According to a statement, the U.S. export value of those products is nearly $550 million per year.

Also subject to import bans were fish, seafood, and alcoholic products, including vodka.

In related news, Signet Jewelers issued a statement on the issue, noting it had “suspended business interaction with Russian-owned entities since the beginning of the invasion, in unity with all those in the world calling for peace.”

Contact us by clicking here if you are interested in learning about our loose diamonds for sale.