It could create bulletproof windows that’s 20 to 100 times tougher than current versions. 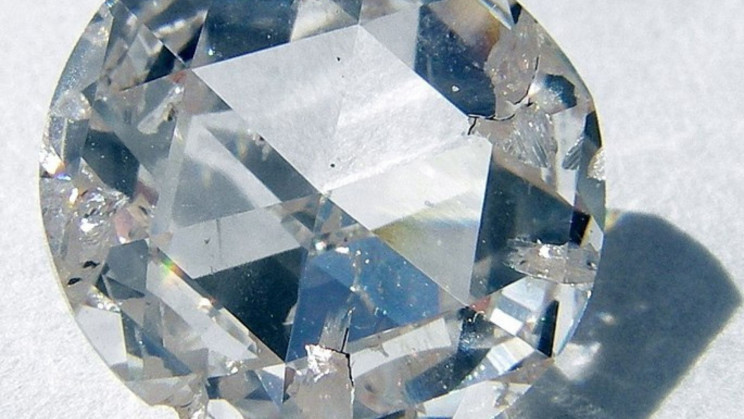 A team of researchers in northern China developed the world’s hardest glassy material, the transparent, yellow-tinted AM-III, which is capable of leaving a deep scratch on the surface of a diamond. Source: report from South China Morning Post.

The material, which is made entirely of carbon, reached a 113 gigapascals (GPa) on the Vickers hardness test. As a point of reference, natural diamonds usually score somewhere between 50 and 70 on the GPa scale.

The findings of the research, led by Professor Tian Yongjun of Yanshan University in Qinhuangdao, Hebei province, were published in the journal National Science Review. In 2013, Tian and his team created the world’s hardest material that’s visible to the naked eye, a boron nitride crystal that is twice as hard as diamond at 200 GPa.

Though the yellowish AM-III isn’t about to replace diamonds as a highly sought after material for jewelry, the researchers say that the hardness of the material means that it could be used to create a bulletproof glass that’s 20 to 100 times tougher than some versions that are currently commercially available.

Before that can happen, however, the team has to conduct more tests on its material. AM-III is also a semiconductor with an efficiency near that of silicon. This means it could also potentially be used in photoelectric devices, including weapons that need to function in extreme conditions, the researchers explained.

In order to create the material, Tian and his colleagues ramped up the pressure in an experimental chamber to 25 GPa and temperatures of 1,200 degrees Celsius (2,192 degrees Fahrenheit). They used a material called fullerene, a football-shaped allotrope of carbon, which would typically turn into diamond under such conditions. However, they really gradually ramped up the heat and then equally slowly cooled down the material, leading to the desired results.

Technically speaking, AM-III is a glass with crystals inside, according to Tian. The material’s atoms are disordered enough to enable semiconductivity while also having sections where the atoms are aligned, giving the material its toughness. This blend of chaos and structural alignment has the potential to create a whole host of previously unimagined applications — perhaps it could also have prevented Tesla’s PR faux pas when its newly-revealed Cybertruck glass shattered during that famous demonstration in 2019.

If you wish to see more articles like these please let us know in the comments at the bottom of this page.