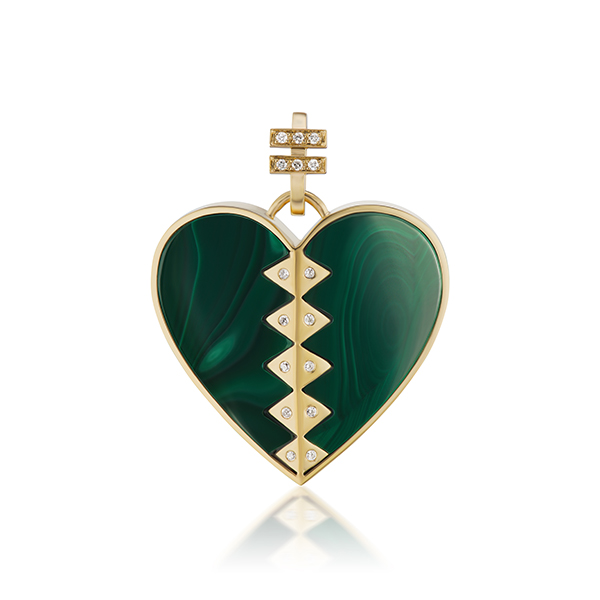 With the humanitarian crisis in the Ukraine widening, the jewelry industry is stepping up with fundraising events, donations to support organizations, and its social media platforms to spread awareness, hope, and information to the public. The world’s gaze and horror turned to Ukraine starting Feb. 24, when Russia began the formal invasion of its neighboring country. Since then, companies from Pandora to independent jewelers to jewelry-related groups have announced ways they are supporting Ukrainian citizens and refugee-support services. For example, Stephanie Dubsky of Stephanie Dubsky Limited Editions in New York created a Peace necklace of blue- and yellow-gold–glazed porcelain beads; 100% of its sales will go to Voices for Children, a nonprofit organization that helps children affected by war.“Following the news about the Russian invasion in the Ukraine, I was heartbroken, I felt helpless, and knew I had to do something,” Dubsky says. “I am originally from Vienna. Some of my friends are from Ukraine living in Vienna. I saw how they were getting organized on social media and how they were actively involved in helping to find accommodations and donations of any kind to help the refugees. The only way I could think of to contribute was to do a jewelry fundraiser.” 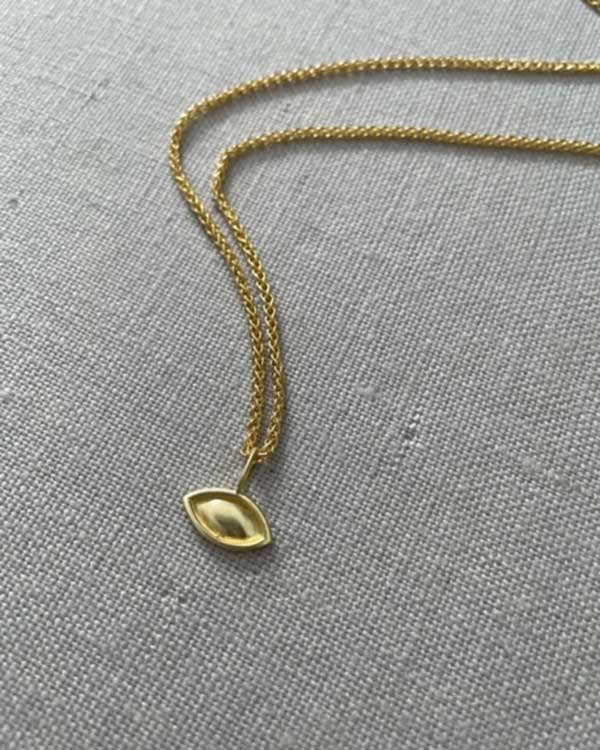 Monica Marcella created an Instagram auction to raise funds for UNICEF and Ukraine. “The Ojo can be seen as protection or that you’re keeping your eyes open. You’re being an advocate for the silent.” (Photo courtesy of Monica Marcella)

Monica Marcella Guerra created an Instagram auction for her Ojo pendant. Her goal was to use her social media platform and her jewelry to draw attention to the financial needs of the Ukrainian people and refugees during this crisis, she says.

“There are real-life human beings who are affected by this, especially children. I wanted to raise awareness and collect for UNICEF,” Guerra says. “The Ojo can be seen as protection or that you’re keeping your eyes open. You’re being an advocate for the silent.”

Cyndi Yi of The Fab Nab jumped into action to create an Instagram fundraising auction via her Instagram. She started with two of her own items for auction, and, soon enough, other jewelers joined her cause. So far, 14 auctions have raised more nearly $7,000 through completed and still-open auctions to the Global Empowerment Mission.

“I’ve been flooded with absolutely beautiful and special items offered by my amazing friends and fellow dealers that I know,” Yi says. “I’m awed by our community coming together, in an industry that seems frivolous in the face of war, but look at the beauty we have created. Everyone is sharing the auctions, bidding where they can, and donating directly when they cannot. Every repost, every like, and every share has led to our community [coming] together during a dark time.”

Samantha Jackson of Heavenly Vices donated one of her pendants with a special message to help raise funds to aid Ukrainians who have pets and need to flee the country. (Photo courtesy of Heavenly Vices)

Samantha Jackson of Heavenly Vices is among the artists who joined The Fab Nab to raise funds through an online auction of their work. Jackson donated one of her pendants that reads “Love One Another.”

“With my jewelry, people wear their hearts on their necks, and it’s a great piece to start a conversation about the cause I was raising funds for, Vet Crew, an organization that is caring for pets belonging to people fleeing the invasion who cannot for whatever reason take their pets with them,” Jackson says. “These people are going through unimaginable stress, and I cannot imagine having to make the heart-wrenching decision to leave my pets behind. This organization provides relief to those worries and hope that one day they will be reunited back at home.”

Below are some additional highlights of how the jewelry industry is working to provide relief to the Ukraine.

Boggs Jewelers supports these efforts to help Ukraine. If you have questions about this article you can contact us by clicking here.