In addition, the 2.08 ct. Exceptional Blue from the same collection didn’t find a buyer at the Sotheby’s New York auction. It had a $1.2 million–$1.5 million estimate.

That comes on the heels of the first diamond from that collection, the De Beers Exceptional Blue 5.53, not meeting its $11 million–$15 million estimate during the Sotheby’s sale in Geneva on Nov. 9, 2022.

A Sotheby’s statement said that the recent events do not “detract from the rarity of the De Beers Exceptional Blue Collection, and we are very much looking forward to presenting the five remaining exquisite gems in the New Year.” De Beers did not respond to a request for comment by the time of publication.

The 3.24 ct. De Beers blue is the second highly touted colored diamond to be withdrawn prior to auction in recent months. In November, a 13.15 ct. pink diamond, scheduled to be sold at Christie’s New York on Dec. 6, was removed prior to its sale. No explanation was given for that removal.

Two notable colored diamonds did sell at auction this week.

Sotheby’s got $12.4 million for the 303.1 ct. Golden Canary—the recut version of the Incomparable—making it the third most valuable yellow diamond ever sold at auction. The Golden Canary is considered the largest internally flawless diamond in the world.

But even that fell short of its initial $15 million estimate. The diamond was sold without a reserve. 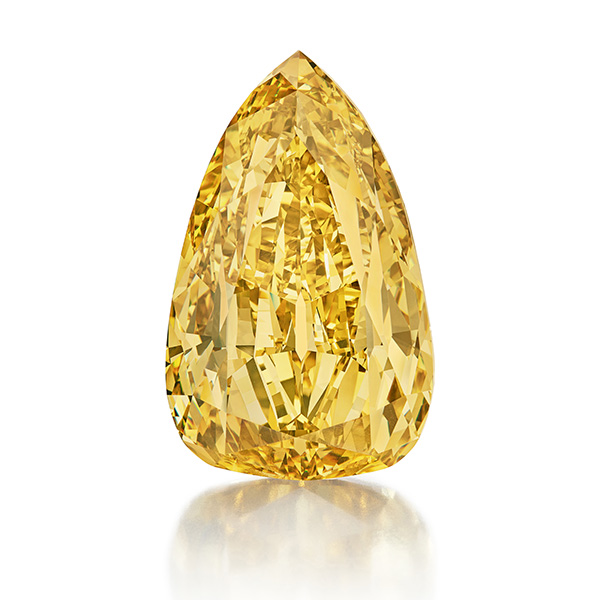 Christie’s fetched $11.84 million ($374,500 per carat) for a 31.62 ct. fancy blue pear shape—a price that came in at the low end of its $11 million–$15 million estimate. The potentially internally flawless diamond is the largest fancy blue ever offered at auction. 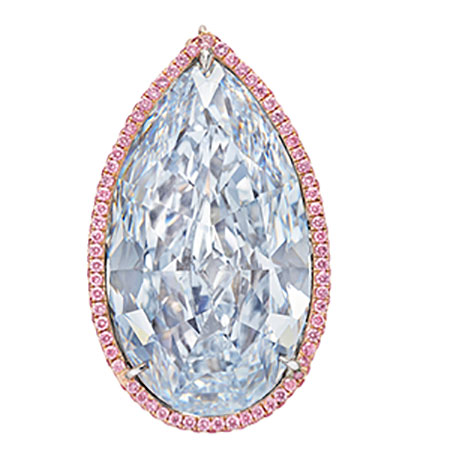 The one gem that truly walloped expectations this week wasn’t a diamond.

A ring that featured a 6.25 ct. emerald—which was rescued from the fabled Nuestra Señora de Atocha shipwreck of 1622—sold for $1.2 million, following what Sotheby’s called a five-minute “bidding frenzy” among 18 buyers. 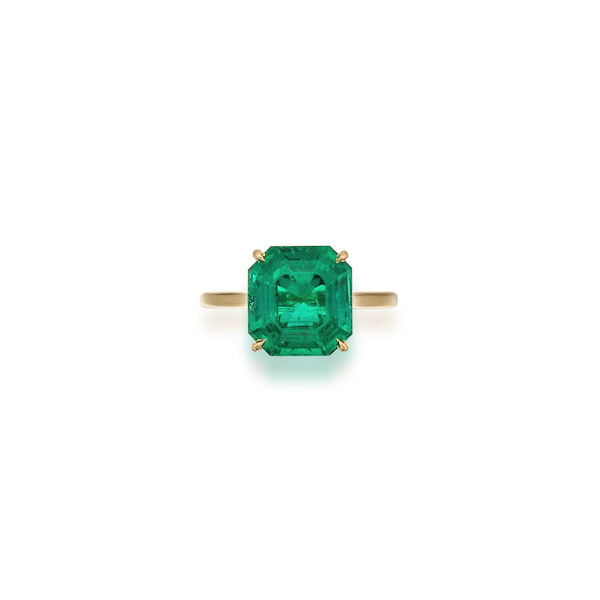 This emerald ring sold for more than 17 times its estimate (photo courtesy of Sotheby’s).

The ring was offered by Mitzi Perdue, wife of the late chicken magnate Frank, who received it as her engagement ring in 1988. Full proceeds of the auction will be donated to support humanitarian efforts in Ukraine.