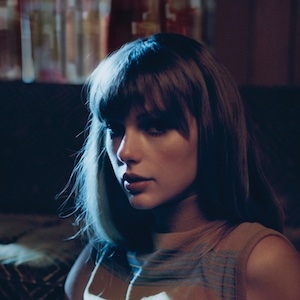 Taylor Swift’s new video for her song “Bejeweled” could give the diamond and jewelry industry a great boost, industry analyst Paul Zimnisky said during a recent podcast.

“In the video, it’s raining diamonds, she has diamonds all over her body,” Zimnisky said. “[Swift is] the most influential celebrity in the world right now.… Someone like this has the ability to keep diamonds relevant, single-handedly.”

The lyrics include a number of references to jewels. “Diamonds in my eyes,” goes the chorus. “I polish up real nice.”

She also mentions “sapphire tears,” and asks, “What’s a girl gonna do? A diamond’s gotta shine.”

Swift told IHeartRadio: “‘Bejeweled’ is a song that I think is really about finding confidence when you feel it’s been taken away, for whatever reason. You’re feeling insecure, you’re feeling taken for granted. One of the things we love to do at night is go dancing, put on an outfit that makes us feel good.”

It should be noted that, according to WWD, Swift sported a Swarovski necklace during the video.

The six-minute video, directed by Swift herself, has her portraying Cinderella, while actress Laura Dern plays her wicked stepmother.

Zimnisky’s podcast, where he interviewed the author of this piece, also covered lab-grown diamonds, Russian diamonds, and the changes in social media now that Elon Musk has purchased Twitter.

This week, Swift made history when she occupied all 10 slots of the Billboard top 10. “Bejeweled” was No. 6, with 35.5 million streams.