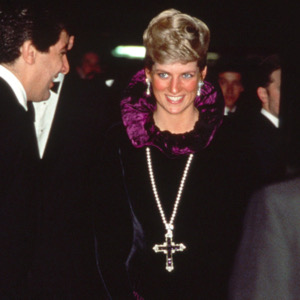 At its annual Royal & Noble jewelry sale, Jan. 6–18, 2023, Sotheby’s will sell a cross made of amethyst and diamonds worn by the late Princess Diana.

The cross was created in the 1920s by jeweler Garrard. Princess Diana had a fondness for it and wore it—along with a Catherine Walker dress—in October 1987, to a charity gala in support of Birthright, a charity working toward the protection of human rights during pregnancy and childbirth.

The cross was purchased from Garrard in the 1980s by British businessman and writer Naim Attallah CBE. A friend of Princess Diana’s, Attallah loaned it to her several times to wear at events. It is believed to be the only cross ever worn by the princess. Following her death, it had not been seen in public again until now.

In a statement, Kristian Spofforth, head of jewelry for Sotheby’s London, noted that it’s rare for Diana’s jewelry to come up for sale.

The cross pendant—believed to be a one-off private commission by Garrard for one of their regular clients—is set with square-cut amethysts and accented by circular-cut diamonds. The cross has a total diamond weight of approximately 5.25 cts. and measures approximately 136 mm by 95 mm.

“Diana’s confidence grew during the 1980s as she became known for increasingly bold fashion choices, moving away from the more romantic and subdued style she had hitherto favored,” said a Sotheby’s statement.

Added Spofforth: “This unusual pendant is symbolic of the princess’s growing self-assurance in her sartorial and jewelry choices, at that particular moment in her life,” he added. 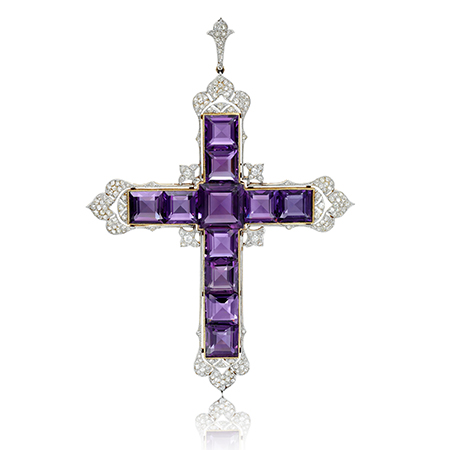 Said current owner Ramsay Attallah in the same statement: “Princess Diana and my father were friends, and I remember that she often came to see him at the historic Garrard store on Regent Street, where his office was, and she would ask to borrow the pendant on several occasions—she really loved the piece.”

To learn about custom and Estate jewelry for sale at Boggs Jewelers ask us by clicking here.