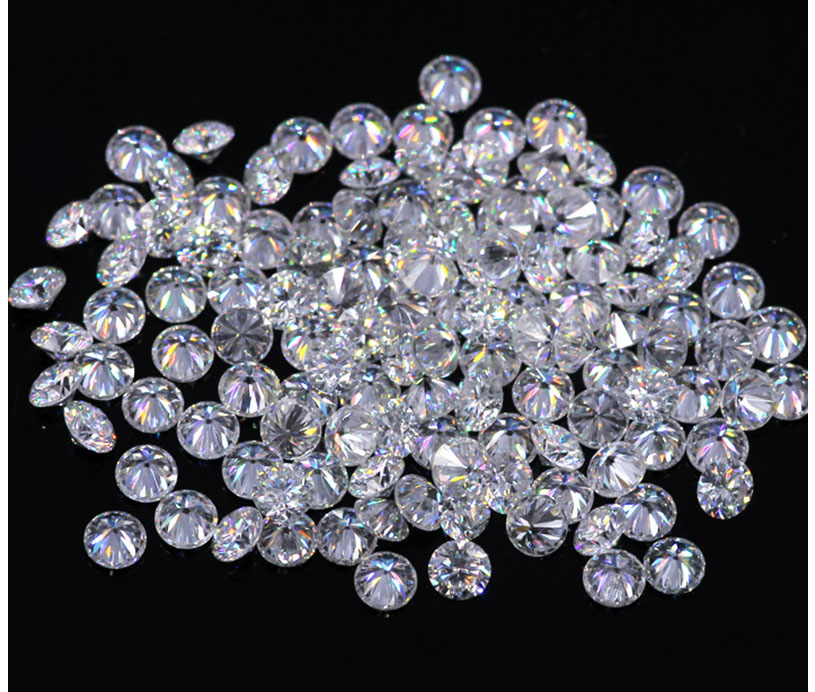 That’s because growers that use chemical vapor deposition (CVD) technology have found it more economical to produce larger stones than smaller ones, participants said during the seminar, “The State of the Lab-Grown Diamond Industry,” held June 9 at The Venetian.

Tanya Nisguretsky, cofounder and CEO of Virtual Diamond Boutique, which lists lab-grown diamonds online, said that one reason it’s no longer economical to produce small lab-grown stones is because wages in China have risen.

“[Before,] you would have a room full of hundreds of people, sitting at microscopes, holding tweezers, manually putting a half-millimeter seed on top of a plate,” she said. “It had to be symmetrical, very carefully placed. That’s a very labor-intensive method. Back then, they could do that, because wages in China were lower. Now that they’re higher, it isn’t cost-effective to do that anymore.”

“The reason that 10 pointers and below evolved as a category in high-fashion jewelry is because of the Argyle mine. That mine is closed now.  Now, the lab-grown people are saying, ‘We want to do fine fashion jewelry with melee.’ Why? We can’t really grow it efficiently. Why grow it, if we can’t make money on it?”

He said that designers and jewelry manufacturers need to “start using quarter-carat side stones, start using bigger side stones, because that’s what we can grow, efficiently, in matching colors and qualities, and at scalable volumes.… We need to redefine the design paradigm in jewelry to avoid the use of small stones.”

Other points addressed by the panel:

– While there was general agreement that the price of lab-grown diamonds had fallen, Nisguretsky said the prices of certain bigger, better-quality stones have increased, and dealers’ reliance on the Rapaport price list had confused matters.

Lab-grown diamonds “shouldn’t be price based on Rap,” she said. “They should be based on price per carat. Because then it’s apples to apples, rather than based on discount.”

Added Hurwitz: “My sense is the prime growers would love to get off of Rap, and I think they eventually will.”

– The coming expiration of treatment patents will “likely” lead to an increase in better-color lab-grown diamonds, Pollard said.

IGI lists diamond treatments on its lab-grown grading reports, he noted. But how people view the treatment may depend on which growth method is used: CVD or HPHT (high pressure, high temperature).

“With natural gemstones, the concept of treatment is a stigma,” he said. “HPHT is truly a synthesis of what nature does. It’s basically saying, ‘Hey nature, you showed us the way. We are going to do it the way you showed us.’

“CVD is something completely different. [It doesn’t] complement nature. It found a way around nature by essentially using energy to cause diamond to bond without using pressure. There’s an argument that if HPHT replicates natural growth, then if you anneal it afterward, that’s a treatment. But if you start with CVD, enhancing its color is just another step that you came up with outside of nature.”

Hurwitz said MVI’s market research has found that after the treatment is explained, some consumers will prefer “as-grown” diamonds.

“Is that number overwhelming?” he added. “No.”

But he noted that treatments pose certain risks for growers. “When you treat, you are not doing it in your facility, you are sending it out to another facility to do it. It’s rare that a grower has the treatment capability in their own facility. That adds time and risk to the chain of custody and the transparency of their chain of custody.”

– China currently produces more than half the world’s lab-grown diamonds, and Pollard predicted it will continue to take bigger chunks of the lab-grown pie.

“In terms of China, the sky is the limit. Based on 1,000 years of history, they will continue to dominate.”

Nisguretsky agreed this new field is “an amazing opportunity for us to venture into segments that we have never ventured into before. Think about the creativity that is possible in this segment.”

Contact us to learn more about lab-grown diamonds by clicking here.